I’ve participated in NaNoWriMo seven times. I reached the 50K goal every time, but it wasn’t easy. Each time was stressful and hard. But I know who I am, and I know that as soon as I sign up for this personal competition, there’s no other choice for me but to succeed. I’d tear myself apart if I didn’t. That’s just me.

Before I attempted NaNo, I decided to “practice.” I grabbed one of the too many blank journals in my pile, one that had about 100 pages, and I wrote in it for thirty days. My goal was to finish the journal and hopefully feel like I could win this writer’s competition. That was more than ten years ago, and I don’t remember what I wrote and don’t know where that journal is right now. But I do remember it was a challenge for me to sit down and write. And I wrote every day, because I knew if I didn’t, I would never finish that journal.

Once I reached that goal, I felt better, but I needed more. I decided to write my very first novel. It was rough, what all writers know as a shitty first draft, but I completed it. But it wasn’t a NaNo project. But I had to know I could do it. I wrote one more novel, this first draft better, but it took me a few months. When was I going to feel ready to join NaNo? I finally did in 2012. I completed the 50K goal, but didn’t finish the story. To this day, I still haven’t. What began with interest and excitement, fizzled at the end. I wasn’t that proud of reaching the goal because I wasn’t excited about that story.

But I wasn’t giving up, and in 2013, inspiration struck. Unfortunately, it involved the pain and grief over losing my very dear friend to suicide. It had been almost a year since her death, and all I could think about was this incredibly sad, misguided, messed-up girl, this character, who showed me her face, where she lived, where she worked, who she loved and all the mistakes she knew she would make. I was obsessed about her. I knew her story would be raw and real. Her choices would eerily mirror some of my own.

I didn’t know all the other characters and how everything would play out, but I knew her story would be the one I would tell for my second NaNo project. And I’ll never forget that November in 2013, sitting on my couch with my black HP laptop. The screen was blank for only a moment before the words starting coming that first day. And although I had no outline (I never do), and I didn’t know where Lou would take me and who we’d meet on her journey, I never felt so good about a story. I never felt so passionate while writing, so excited. This was the story. This was a gift from my friend.

I wrote over 50K and I finished the story. And I wrote every day, even when I became ill in the middle of the month. I was sick and kept writing. There was no way I was going to stop, no way Lou and Ben and Eric would let me stop. That was my most memorable experience with NaNo, and it was intense and amazing and totally unforgettable. I’ve completed five more after that one, but none of them had that same effect on me.

So it’s no wonder that out of all the novels I’ve written over the past ten years, Bring Me to Life is my favorite. And it was my debut self-published novel. I wrote it for me and for the competition. But I mainly wrote it for my friend, Connie. It was dedicated to her and it is in honor of her–a beautiful soul who left this life sooner than she should have.

I didn’t sign up for NaNo this year, but that doesn’t mean I’m not serious about my writing. That doesn’t mean I don’t think I can do it again. It simply means I wasn’t feeling it this year. I have two projects that I’ve started and am excited about, but they are not NaNo projects. I don’t want them to start as NaNo projects. But, during this famous writing month, I will be writing. Maybe not every day. Maybe not thousands of words every day. But I will write. And at the end of this month, I won’t have a winner badge like I’ve had in the past, but I’ll know what I’ve achieved. I’m grateful for NaNo and what the competition enabled me to do. Three of my NaNo projects are now published, and there will be more.

Maybe I’ll join again next year, but for now, I’m happy to be doing my own thing. Because any kind of writing is always a good thing.

Are you a NaNo participant this year? Have you been in the past? Let me know your experiences and happy writing! 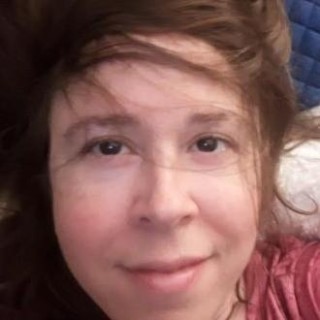